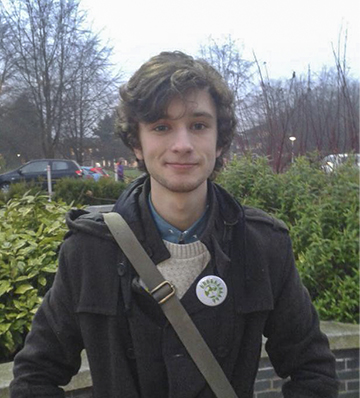 I identify as a left-wing candidate in direct opposition to the neoliberalism of the conventional, “business-as-usual” parties. For me, this means ensuring that the national minimum wage is a living wage, that we clamp down on corporate tax avoidance and raise the overall amount that the companies should pay. I also feel that the railways and other natural monopolies should be brought back into public hands to work for the benefit of the public and not corporate interests. I am also vehemently against the ongoing piecemeal privatisation of healthcare, condoned by all three Westminster parties.

One of the core motivations for my involvement in politics is a strong belief that my generation has little or no real political representation. It is our group, young people, that will be most affected by long term issues such as climate change and growing social inequality. It is our responsibility to minimise the effects of these problems, and ensure that the burdens of this action do not fall unduly on the poorest, not only in our society but globally."